The Substitution Myth is the term created by cognitive scientists David Woods and Eric Hollnagel to describe the pervasive (and wrong) assumption that a robot can seamlessly substitute for a human. It is another example of the “no free lunch principle”:  that you can design a robot to replace a human for a particular task, but there is some cost- either there’s more maintenance, it changes the work flow, or it alters the group dynamics, etc. It’s like buying a car on a tight budget and forgetting that to factor in insurance and gas. In manufacturing, industrial organizations often budget for the sticker cost but underestimate or are unaware of these hidden costs and find the robots don’t meet their expectations, finances, or general organization. For example, car manufacturers in the 1970s and 80s installed welding robots saying they would replace workers and save on labor costs, but then had to hire (and train) as many people to handle programming and maintenance. The robots did save on manufacturing costs due to working faster with less errors and they did eliminate jobs where a high level of expensive benefits had been grandfathered in, but they did not reduce the number of people on the payroll. In applications such as disaster response, it is nonsensical to think of robots substituting for a responder or even for a canine; the robots add a different set of capabilities. Some of the capabilities, like imagery from an unmanned aerial system, may allow the responder to work from a safe distance from a hazmat spill or nuclear accident, but it does not replace the responder. A robot not only does not replace a responder, it  adds a whole new set of challenges for responders- such as who are the operators and where do they stand that they aren’t in danger or in the way, who is in charge, who gets the information and when (and how), and so on.

Another manifestation of the Substitution Myth is the expectation that a robot has to look like a human to perform the same task. The DARPA Robotics Challenge explicitly encouraged humanoid robot forms to perform human-scale tasks in process safety settings (e.g., nuclear power or chemical plants). Except my colleagues in chemical engineering pointed out that it was be cheaper to change all the door handles and valve stems so that they could use cheaper and easier to maintain bomb squad robots instead of complex, expensive humanoids.

The more egregious example of the wrong-ness of assuming robots can substitute for a human is Futureworld, the 1976 movie follow up to the original 1973 Westworld movie. A good example of acknowledging the Substitution Myth is Record of a Spaceborn Few, where the denizens of a generation spaceship know that they need robots to perform tasks that their human crew does and that having robots will change their culture in ways they can’t predict.

The Silver Metal Lover, the 1981 cult-favorite scifi book by Tanith Lee, is surprisingly realistic about human-robot interaction and ethics. 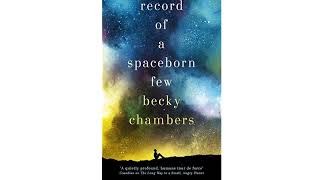 Record of a Spaceborn Few: Robots and job displacement

Recommendation: Make some quiet time to read this Hugo nominee and pay attention to the subtle subtext of job displacement. Record of a...

Record of a Spaceborn Few: Robots and job displacement

Recommendation: Make some quiet time to read this Hugo nominee and pay attention to the subtle subtext of job displacement. Record of a...
1
2